Mr. G is stronger than you. Mr. G is a real runner. I've been hearing this for years now. As my kids grow into opinionated humans, I'm forced to listen to comparisons with other adults, and repeatedly, with Mr. G, their popular gym teacher. Mr. G is 20 years younger than me. He probably is stronger than me. I know that he's a faster runner, I've heard him talking about his half-marathon time. Remember, 20 years younger! My response is typically "Mr. G should take my spin class, then we'll talk." 20 years ago, I could run a full marathon at a faster mile pace than Mr. G's half, but my kids aren’t impressed by the past.

If this seems like an immature topic to write about, well it probably is. But also, if it seems immature, it's likely that you’re not a runner. This isn't really just about Mr. G's running pace or comparing athleticism, but about garnering credibility from my kids in areas where I am actually credible. I hear it all this time. A guy bikes past my family looking like an advertisement for Pearl Izumi and Sophie says "Dad, that guys a real biker". As if fashion makes the athlete. Perhaps it does.
Each year, my kids' school holds a "Race for Education". It's a fund-raiser that culminates in the kids running laps around the school track – I like that part. The rest of the fund-raiser is particularly annoying. There are several incentives that keep the kids actively asking for money for weeks. It is so prominently discussed during the school day that Eli, 8 years old, wants to donate his own money to ensure that his school meets their goal and earns a bounce-house party after the race.


Last year, Eli ran the whole “race” with Mrs. W, his second-grade teacher. Mrs. W was a brand new runner. She had been at it for about 6 months, after she got the idea that she and her husband should run a half-marathon. A week or so after the fund-raiser, Eli and I were running around our neighborhood; I complimented him on his sustainable pace, and he said that Mrs. W, the real runner, taught him how he should pace himself. Never mind that I had given him the same advice 20 times. I could go on and on with these stories, but you get the point. For some reason, everyone else is a real runner, a real cyclist, and I'm a hack.
At 51, I've been a 'runner' for 35 years. Cycling seriously for 30 years. I've participated in running races of all distances up to a marathon – aged grouped many of the smaller ones, raced biathlons, ridden my bike across the United States, commuted to work for years. As a spin instructor, I research cycling and running workouts to help my participants grow and develop. Dammit, I would think I'm about as real as it gets. But my kids don't see it.


It wasn't always like this. Several years ago, I was discussing the Tour de France with my kids' babysitter. After listening for a few minutes, Sophie asked me why I wasn't in the race. Ah, those were the days when Dad could do anything. So how did I fall from world class athlete to beginner in a few short years?
I'm starting to learn that everyone else's parent seems nicer, cooler, worldly, exotic. Coaches and teachers are the ultimate authority on everything. It stands to reason. These other adults aren't harping on my kids to clean their rooms, eat their vegetables. My kids only see them at their best. Never under the sink working on a clogged drain. Trying to figure out how to assemble a new toy. If familiarity breeds contempt, it is surprising that our kids take anything we say seriously. 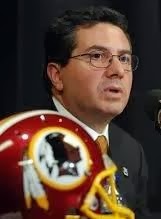 While I want my kids to respect the adults in their lives, I do get concerned about them giving too much credibility to those adult's beliefs. Many ideas my kids bring home from their teachers are in direct conflict with the belief system I've developed. I'm not trying to mold my kids (probably), but I want them to consider both sides of every issue, not be told what to think. A couple of weeks ago, one of Sophie's middle school teachers was ranting on the debate to change the Washington Redskins name. Mrs. H, a Skins fan, pointed out that only one in ten American Indians are offended by the name – obviously not enough to worry about. Sophie came home parroting this statistic, seemingly in agreement with Mrs. H.
I pointed out that one in ten didn't seem like a big deal, but 100 of 1,000 started to sound like a real opposition group, and that got Sophie thinking. By the time I researched some numbers on the internet and I found that 10% of all American Indians equals 38,000,000, that the fan base of the Redskins probably didn't exceed15 million people, Sophie had altogether lost interest in discussing the topic. Wished she never brought it up at all. Maybe some of it stuck.


I first seriously started questioning the credibility of adults around me in 10th grade. I had a Human Development teacher (remember, this was the 70s), who was primarily interested in looking good in front of the class. Everyone called him Ken. Class "lessons" would involve breaking into small groups to discuss various topics and issues. At the end of the period, we would report what we learned to the rest of the class. Ken always joined a group with the popular kids, and the popular group always presented the funniest, the most intelligent responses. All of the other kids would listen with the feeling that they somehow didn't measure up.
Once, towards the end of the year, I wound up as part of Ken's group. As my group-mates and I tried to participate in the exercise, Ken would shut us down and force in responses that he knew were winners from previous years. He did the exercise, and we watched. As we gave our responses to the class, everyone was howling with laughter, nodding at our insightful understanding of human nature. I felt dirty, fraudulent. Ken ultimately lost his job due to an inappropriate relationship with a teen-age girl, and I was left with a growing disdain for authority figures.


From discussions with my father, I know that I had a rebellious streak from the start. A desire to do my own thing, be my own person. Question everything. As I matured, it solidified into a cynical, counter-cultural ethos. This wasn't a conscious decision. I didn't strive to be unique or unusual. I just felt that I was different from everyone else. As I looked around, anything that seemed normal, established, conventional, was beneath me. The jocks, the brains, the popular kids were sheep, following a societal shepherd telling them where to go, how to act. I even harbored contempt for the stoners, living their stereotype. By making myself different from everyone else, I could not, cannot be compared, cannot be measured. I still do this today.
As I sink into middle-age, I appear more bourgeois. A senior manager at a mid-sized non-profit, a husband, father, home-owner, scout-leader. It is hard to consider myself anything but normal – until I notice how my opinions differ so radically from those around me. I think the conservative trappings of Scouting are ridiculous, narrow, constricting. I harbor a natural distrust for work-place authority figures (even though I am definitely one of them). I am a socialist thinker in a libertarian town. And for my kids, I want the opinions of teachers, coaches, and even their parents to be questioned, analyzed.


A friend suggested that when Sophie brought up the Redskins topic to me, she may have, consciously or subconsciously, been uncomfortable with the conclusion. With the hundreds of events and conversations that take place during the school day, possibly it wasn't chance that she would bring up a topic that would set me off, send me to internet-research to prove my point. Possibly, my kids give my opinion a bit more credence than I suspect.

While they no longer believe I'm capable of joining the Tour de France, my kids do still come to my races and cheer. And they genuinely like spending time with me, hearing me tell stories from my childhood, listening to my thoughts on various topics. I know they will be exposed to ideas and opinions throughout entire lives. As they grow, their ethos will form into something unique. I don't want them to turn into me – fueled by skepticism, hobbled by feelings of outsiderness. But I want them to develop the tools to filter the information they receive, To determine if it requires more thought, more research. And in the meantime, I'd like them to let me coach their running – at least a little bit.
Posted by CP Rider at 9:46 PM No comments: